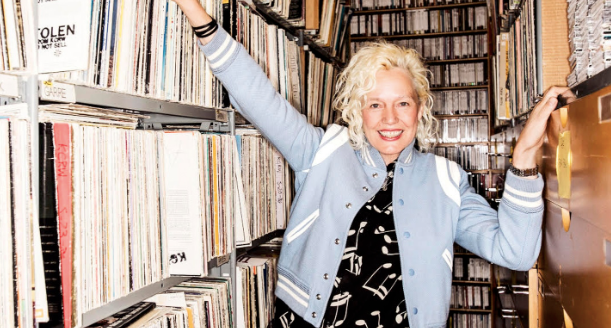 Ellen von Unwerth is an internationally acclaimed artist whose films and photographs are distinctively provocative and fun - a pleasing combination of fine art and irreverence. Her style is marked by a tendency to depict her subject (often beautiful women) as erotic, flirtatious and powerful. This aesthetic reflects her bohemian roots, a sharp empathy for the cultural ethos, and experience both in front of (as a former model) and behind the camera shooting myriad celebrities, models and artists. She has filmed pop culture sensations including Miley Cyrus, Georgia May Jagger and Lady Gaga, and has created iconic, celebrity-making images of now-icons like Claudia Schiffer – most famously in the Guess jeans campaign which launched Schiffer’s career, as well as Duran Duran’s promotional photos, album covers and music videos. Recent highlights of von Unwerth’s extensive body of work include fashion films for Vogue, Cosmopolitan and Hunger magazine, music videos for Beyoncé and Christina Aguilera and album covers for Rihanna. Born in Frankfurt, Germany, von Unwerth was well travelled from an early age, initially working on the road as a circus musician’s assistant in Europe, and then as a model based in Paris. After a decade of modelling, she was gifted a camera and took off to shoot an impromptu editorial of colleagues in Africa. She quickly realized her own skill, talent and style behind the lens and felt empowered by having a say in where her photos would appear and how they would be used. She left modelling behind and embarked upon a prolific photography career. Since then, she has photographed editorial campaigns for Absolut, Agent Provocateur, Aston Martin, Chanel, Diesel, Dior, Ferragamo, H&M, Jimmy Choo, Lacoste, MAC Cosmetics, Mercedes-Benz, Miu Miu, Opel, Revlon, Rolex, Shiseido, Tommy Hilfiger, Veuve Cliquot, Victoria’s Secret, and many more. She is also a regular contributor to Cosmopolitan, Egoïste, ELLE, Glamour, i-D, Interview, Lula, Numéro, Paper Magazine, Playboy, New York Times, Vanity Fair, and many international Vogue editions (American, French, German, Italian, Russian).Von Unwerth has helmed additional branded films for Azzedine Alaïa, Dior, Guess and Katherine Hamnett, among many commercials and music videos. Her first photography book, Snaps, was published in 1994, followed by Wicked (1998), Couples (1999), the photo-novella Revenge (2003), Omahyra & Boyd (2005), Fräulein (2009), DieSpieler (2010), the photo-novella The Story of Olga (2012) and Heimat (2017). Her works have been exhibited around the world and are part of various permanent collections. She’s received many accolades throughout her career, including a LUCIE Award, and the top prize at the International Festival of Fashion Photography. Von Unweth has also been profiled by Harper’s Bazaar, High Snobiety, V Magazine, CNN, Dazed Digital, Vogue and others for her iconic work and influence in the fashion and art worlds alike.